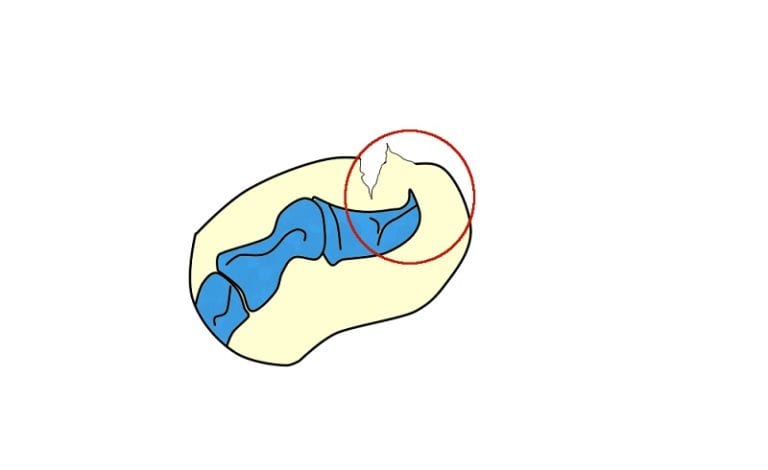 Subungual osteochondroma is a benign exostosis (bone growth) that occurs on the dorsum of the last phalanx of the fingers, pressing into the nail growth zone and causing pain. What are the symptoms of subungual osteochondroma?

Due to its slow development, the symptoms of subungual osteochondroma have not been clearly recognised, so if radiological examinations are not performed, it can go unnoticed.

It is sometimes found because in addition to the nails falling off and becoming deformed, it can also cause pain due to pressure on the fingertips.

Treatment of subungual osteochondroma can only be removed by surgery without damaging the nail. This operation is performed under local anaesthesia and a small incision is made at the end of the finger, about 3 mm with minimally invasive surgery techniques, without requiring hospitalisation and leaving on your own feet at the end of the surgery.

The following are some of the differences between subungual exostosis, which is a pathology that is often confused.